A short history of passion 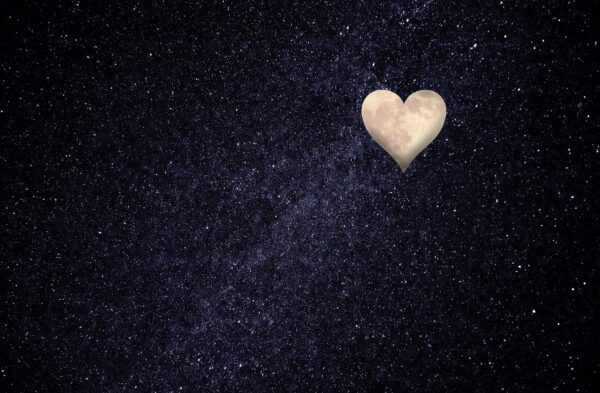 It was a difficult love. As every.

They met for the first time at a village party. SHE was from a  neighboring village – HE was a guy from another planet. He had beautifully groomed nails and skin as soft as silk. Her young hands were hard from work. Even as a girl who could not be denied the charm, she wore heavy milk cans, larger than herself. She helped her father because she and her sister were the first of eight siblings. The boys were born later, and the eldest of the sisters had to be sent “to school”, so SHE was the greatest support of the farmers family, since she was born as a second child.

She was the pride of her father, though he didn’t tell her so directly. She took care of her younger siblings when her mother gave birth. They stood shoulder to shoulder in the field as soon as it was decided that the girl can and should work. Her childhood smelled of warm air exhaled by her father’s favorite horse, whom he expressed his love for with discipline. She saw her mother mostly with eyes red from tears. Apparently she had very sensitive eyes. She was grateful to her mother for taking care of the language. She did not let the children speak in dialect. They used Polish words with respect and care. She did not know whether it was because mother was from Grodno, which ended up abroad after the war, or because of forced labor for German farmers where they met their father. SHE also wanted to speak beautifully, in order to distance herself from the villagers. When she and her sister went to live with their aunt in the city, they shared a pair of stockings. She considered her older sister prettier, so she watched with delight as the other one drew fashionable black lines above her eyelids. She was jealous of her sister dates, although she was very popular too. Maybe because everyone said, that she was the prettiest girl… in the village. Son of the richest farmer was interested in her because she was the hardest working girl in the area. And she liked the city. And screw the fact, that she was poor? She had many such friends in poverty. They sewed mini-skirts themselves and ran to play, despite being tired after a day of work in the field.

During one of the few parties she went to, she saw HIM. He stood smiling in a shirt which looked from under a well-fitting jacket, with a smell of fashionable toilet water. Bell-shaped trousers, fitted to the latest trends, were certainly made by a tailor. He was all shining when, encouraged to show off, he played “Czardasza” by Monti in fire station. His graceful fingers with the lightness of a ballerina raged on the strings of the violin. As they stared at the starry night sky, her hand in his hand trembled with excitement. It was HER, proudly chosen from among other delighted girls. They only danced together until dawn. On her wedding day, she heard from her father: “You will cry because of him.” His parents didn’t come.

For his mother, HE was the only one of three newborns who finally survived. HIs father kept taking pictures of him: with a violin, with a friend, by the Vistula River, in a kayak, in a tree, at dinner, with a dog, in front of a TV set, … In many of the photos he was wrapped in the arms of his mother who was in love with him. She predicted him a great career as a violinist. HE preferred the company of colleagues. As soon as he had the opportunity, he ran away from home to his mates. He quickly learned to smoke and drink alcohol. Others loved HIM. There was the so-called soul of the society. Mom was waiting for HIM at the door sometimes until morning. She loved HIM more than life and would prefer to keep him only for herself.

And suddenly everyone missed him, because at the age of 24 he had a daughter.

He played violin wherever he could, but after the military he did not have time to go to college, so it was not enough to support his family. Because the money also were spent for cigarettes and alcohol, which were at that time inherent attributes not only of artists. Vodka opened all doors. Even those that should not be opened. First, a stranger opened the door to the warehouse that HE was supposed to guard. In the mists of “rye vodka” he did not even have time to sober up when another door opened – behind a heavy metal grate.

He wrote warm letters to HER while SHE was washing herself and her little daughter in ice-cold water in a rented room. She quit evening school, which she had just started, and took more hours to raise as much money as possible for his debt. Thanks to this, he did not have to work in the prison library for a long time. After returning, they cried and kissed each other and the little one. To get out of a troublesome financial situation, he put down the violin and started to unload the wagons with coal.

Whenever it got better, she would buy him more suits. She herself wore crooked shoes. He had to play. He had talent. The daughter grew, so they needed more and more money. The more that some of the cash he was earning melted on the way home in a fiery liquid and cigarette smoke. He also spent zlotys (Polish local currency) on his daughter: he bought small violin and a case for her – let her follow him. He loved her as his mother loved him.

He loved his wife for her responsibility and care for the home. From nothing she could prepare a tasty meal, snacks for colleagues and a smile, even when she was sad. And she was sad more and more often. “It’s from fatigue,” they commented together. But she was not amused for many reasons. When they welcomed my in-laws in a tiny room in the attic of an old tenement house, washing dishes after dinner, she did not understand German when her mother-in-law spoke to her son. Another time, she was appalled by a conversation with a kindergarten teacher, who complained that her father had once again taken her ward “in a state of drinking”.

Fortunately, their daughter compensated them for all the unpleasantness caused by everyday life in the PRL. She played violin duets with her father, jumped on a rope by the window and was bursting with joy regardless of the situation. She was the pride of her parents and grandparents. They traveled with her to the countryside, to work and have some rest in their grandmother’s house in the city, who loved her granddaughter as much as she loved her son.

THEY themselves, they approached each other, and then they moved away. When he received the state of verifications and he could sign a contract with PAGART as a professional violinist, the world was open to HIM. SHE supported HIM as much as she could. They moved to a better apartment and bought everything he needed so, he could go work abroad. The night before departure, they looked at the starry sky from the balcony of a newly renovated apartment, held each other in their arms and dreamed of a better life. SHE did not know then that there is somewhere another woman who dreams of a better life with THIS violinist.

When the truth turned out to be more painful than a vision, HER world collapsed. She began to loose herself in activities and every now and then lost the well-known path, marked by self-discipline and love. Only her daughter brought her back to the known track. HE chose to live with another, and died shortly after making this decision. When he left, HER condolences were taken from the hands of “the other one”. And yet she hoped to come back. She always told her daughter that even if he stood in the doorway naked, she would take him back. She never stopped loving him.

Today I am standing in the morning under a sky full of stars, far from the villages and cities of the past. Tomorrow will be a special day when I will remember THEM. I am writing by the bedside lamp because I had a dream about SHE. Seen from a bird’s eye view, once in the green dress she made for one of HIS concerts, once in the raspberry jacket he had sent her on “contract”.
I am the fruit of THEIR short history of passion. I touch the violin he gave me. Today I put them next to photo of her.

*image source: Thanks for your Like • donations welcome image from Pixabay