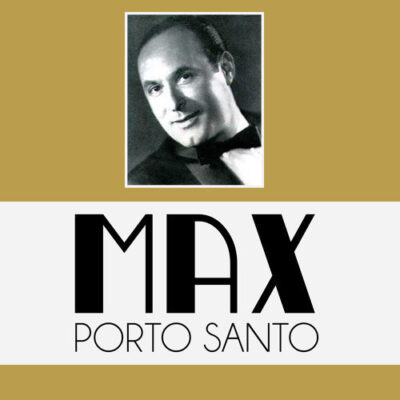 I was curious about what our first Portuguese address meant: rua Maximano de Sousa 39. When we went to dinner in the heart of the island, on one of the walls of the buildings I saw a figure with a microphone and the lyrics of the song. Above it is a name from the address. I quickly checked on the internet and at the nearest gift shop I confirmed the facts. Maximiano was a well-known musician who acted as MAX.I couldn’t have hit better.

Like me, as a child, he dreamed of playing the violin and, like me, discouraged himself, on the way paved with tedious exercises and pain. He decided that he would be a hairdresser, but life wanted differently: he became a tailor. Fortunately for the world, however, his musical talent did not remain dormant. His soul was FADO.

During the day tailor, musician at night in the hotel bar. After several years of singing and playing drums in the nightclub band, as a sensation from Madeira he went to Lisbon. First recordings on the radio, then work in the theater, and finally a trip to the United States, where it turns out how weak his heart is. It doesn’t bother him to drive around the world: Angola, Mozambique, Brazil or Argentina… everywhere he entertains and shrugs. When he returns to Portugal, like any artist, despite his fame, he struggles with everyday life.

Yesterday, someone mentioned him during a walk saying he “lived far too short.” Fortunately, he left behind a lot of music and among it a gem in which I want to understand the most:

Oh, Porto Santo, a friendly land that is second to none
you are the oldest of the jewels of Portugal,
About the beauty, the golden island of peace and joy,
the charm of the sea with the most beautiful beach tastes like grapes,

and I miss you as a mother.

How good that a pair of local artists: Vera and Francisco decided to paint an image of Max. How good that life brought me to them. It was they, not the real estate agents, who found a house for us on this CUDna island, in my holy port.

And all this thanks to the fact that once, with dessert, I closed my eyes over a map from an old school atlas and hit my finger in the middle of the ocean saying, “let’s see where I’m going to live someday.”