Nothing to be afraid of 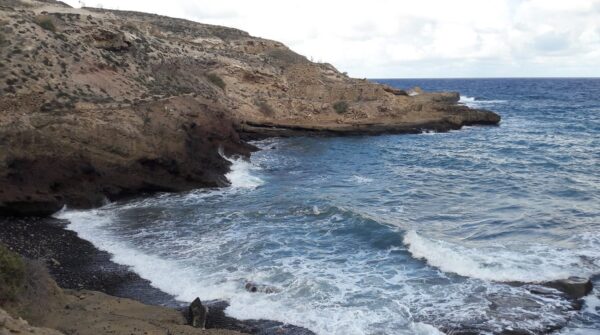 I was walking down a narrow, barely lit corridor. The legs themselves carried the body, because the brain had only one task: to survive. There was no one to cheer me up, because the only person who had always dispelled my fears followed me, trusting that I would save her. I didn’t want to let her warm hand go. There was only the thud of our winter boots and us.

Even as I write this, my chest tightens like wire around a spruce tree in a bunch of flowers. She had made hundreds or even thousands of bouquets and wreaths in her life, and I was reluctant to help her. Spruce stung my delicate hands painfully. Her hands were hard, full of marks from multiple wounds on the skin. She didn’t like to use gloves because they didn’t protect her hands anyway – there were red marks from contact with the rusty wire up to the elbows. I did not like to “work” with her because deep down I did not agree to her fate. I knew that when she was young, her greatest joy was preparing huge baskets of flowers for the theater. In the 1970s, she was one of the florists who were employed in the Horticulture and Beekeeping Cooperative. Unfortunately, her work in a florist’s shop was canceled by an accident that immobilized her in a plaster for many months.

After her recovery, she found a completely different reality. Private flower points were created and she found her way to one of them. This place was nothing like a florist’s. Horticulture, which had huge greenhouses with flowers, had a contract with a funeral home for the collection of wreaths also had great hopes for big money. There, between a pile of spruce and a rubbish yard, on a few planks piled up on the bare ground, under a light bulb dangling on a cable, she taught a companion of misery, as ugly as night, to make base for wreaths and bouquets, which she then “dressed” in flowers. There was no employee rights. There were only responsibilities. That’s why she called it “odd job” and for the “full-time” she ran to the grocery store.

I don’t remember how many years she lasted that way. I only remember my anger. But there, fortunately, I didn’t have to help her. I did it later when, together with a partner who did not know the “stuff”, they opened a private florist’s shop. We were full of hope. She herself signed a contract with a funeral director and worked from night to night. When I was going to sleep, she was counting the money and was afraid to fall asleep so as not to be awake at two in the morning, because it was necessary to go to the flower market near Warsaw. Then she unpacked the goods and went to the wreaths, because they opened a flower shop at eight. During the day, wreaths were still made, because it was necessary to deal with the orders for the plant, and the desired orders for their beloved wedding bouquets were also coming from customers.

The tempo was dizzying. You ate while working, but with double the joy: that you can buy what you want and eat together. I dropped in when I could, but I wasn’t there often. I had my duties: school and then studies. During this time, I saw her falling asleep under all possible places – rarely in bed. Apparently, she did not allow herself to sleep in the car, watching over her partner who could fall asleep while driving.

It was the worst before November 1. Then I would quit my classes to help her. Customers have always emphasized that our bouquets are clearly different from others, because they are more beautiful, more professional and at a price similar to the competition. Despite this, it was getting more and more difficult every year. And it turned out that the tenement in which they were renting the premises has a new owner, and this one – new ideas for the premises; and this next place turned out to be a basement with a tiny window instead of a normal one; and it was the partner who decided to take early retirement due to his health condition. And this is how the florist shop ended, but for a few more years before the “Feast of all saints” we were always looking for a place to prepare bouquets and we were in a hurry: first to make it in time and then to sell them.

All this effort had one goal – for me to have a different, better life.

We both worked for it, but she was the driving force.

Meanwhile, I was walking down the hospital corridor to hand her over to the doctors. I had a feeling she didn’t know where she was going. She followed where I would lead her. And I didn’t want to let her go. I heard a diagnosis that gave no hope. I was to decide if and how to pass it on to her. I have never given birth, but at that moment I clearly felt that she was my baby. Until now, it was the other way around.
An overwhelming fear spread over my mind and body. We went on. Apart from the clatter of heels, only the silence was heard.

The silence of the island tonight has a clear meaning: we’ve reached our destination.